Rohan is an Interventional/Structural Cardiologist who has worked in Newcastle NSW since 2002.

He is Director of Catheterisation Laboratories at Lake Macquarie Private Hospital Newcastle where he established and leads the TAVI program. He is a senior staff specialist at John Hunter Hospital and a leader of the public TAVI program. Rohan is a TAVI proctor in the Asia Pacific region.

His interest in the structural arena is longstanding, introducing alcohol septal ablation and ASD/PFO closure to the Hunter Region in 2004.  He is presently involved in the establishment of Mitral and Tricuspid technologies.

Rohan is a strong advocate for equitable health care delivery and was Co Lead of the Hunter New England Cardiac Stream from 2012-2017.

His special interests include Reperfusion strategies for AMI, Structural Intervention (including TAVI) and complex coronary intervention incorporating imaging and physiology.

Rohan is passionate about education and has convened the Essential Percutaneous Interventional Course (EPIC) since its inception in 2005.

He has contributed as an invited faculty member to numerous international meetings including EuroPCR, TCTAP, AICT and APValves

He is a board member of Asia Pacific Society of Interventional Cardiology (APSIC). 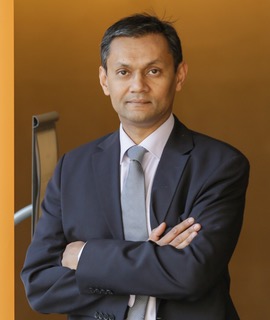 Interventional cardiology fellowship at Stanford university medical centre 1997-1998. Staff attending interventional cardiologist 1999-April 2000. Investigator in the PTMR programme and PACIFIC study and co-authored a book chapter on PTMR. Expert in coronary brachytherapy and participated in INHIBIT Study. Consultant to TransVascular inc and participated in the development of PICVA and PICAB procedures. Investigator in DIRECT study and PTMR.

Recognised internationally as CTO-PCI expert and published papers on CTO-PCI. Director of the Asia Pacific CTO club. Served as an investigator in multiple international multicentre clinical trials and also investigator initiated trials. Currently elected NSW representative and secretary of interventional council of Cardiac society of Australia and New Zealand and member of the organising committee of the ANZET meeting annually. Convener of EPIC since 2006, now in its 13th meeting. Organising committee and co-director or convener of ANZCTO, ANZCCT, Action day, Crossroads meeting.

He has started a distal radial access programme at Liverpool Hospital Sept 2018.  He has performed multiple live case demonstrations in high risk, complex PCI as well as CTO-PCI at local and international meetings. A/Prof Sarah Zaman is an Interventional Cardiologist and Clinical Academic at the University of Sydney & Westmead Hospital. She is a National Heart Foundation Future Leader Fellow and a Society for Cardiovascular Angiography and Interventions Emerging Leader Mentor (SCAI-ELM) Fellow. A/Prof Zaman has a passion for interventional cardiology education and research, evident through her publications, her role on the ANZET organizing committee, as faculty to SCAI and TCT and through her advocacy for women in cardiology.

Professor Harding is the Director of Cardiology Research and an Interventional Cardiologist at Wellington Hospital, Wellington, New Zealand. He is an Adjunct Professor at the School of Biological Sciences, Victoria University, Wellington. He undertook interventional training in the Royal Infirmary of Edinburgh, United Kingdom and the Massachusetts General Hospital, Boston, USA.  His major interventional interest is the treatment of complex coronary disease including intravascular imaging and chronic total coronary occlusions.  Professor Harding has lectured on and proctored complex PCI including CTO intervention internationally.

He trained in Interventional Cardiology at the Royal Perth , Massachusetts General Hospital and as a clinical Fellow at Harvard Medical School, Boston, USA.

He has been actively involved in several First-in-Human trials in areas ranging from coronary intervention, aortic valve intervention and interventional therapy for hypertension

Professor Ravinay Bhindi is a consultant and Interventional Cardiologist on the North Shore Hospital Campus. He has expertise in complex coronary intervention and structural heart disease including percutaneous valve therapies. He is Head of Department at Royal North Shore Hospital and  Head of Structural Heart disease at North Shore Private and Royal North Shore Hospitals. In addition to an active clinical role, he maintains active research programs and has over 100 publications in peer reviewed journals. Professor Bhindi completed his MBBS and PhD at the University of Sydney before undertaking further interventional cardiology training and postdoctoral fellowship at the John Radcliffe hospital/ University of Oxford. 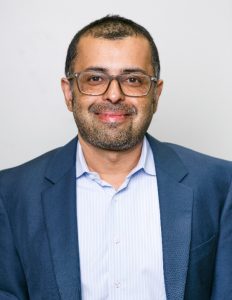 David Smyth has experience in all forms of heart conditions and expertise in Interventional Cardiologist (stents) and Structural Heart Disease (Transcatheter Valves – TAVI). He trained at St Bartholomew’s Hospital Medical College and Kings College Hospital, London, before coming to New Zealand. David works at Christchurch Hospital where he is also the Chief of Medicine and works part time in private practice.

Dr Sinhal is an Interventional Cardiologist at Flinders Medical Centre in Adelaide, South Australia. He is director of the Cardiac Cath lab. 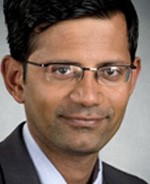 Sarah was appointed as an Interventional Cardiologist at Wellington Hospital, NZ in 2015 after completing her Interventional Cardiology training in Belfast, UK and Interventional Fellowship in Wellington. Her sub-speciality interests are in complex PCI / CTO PCI, intravascular imaging and obstetric cardiology. Sarah completed a PhD in 2012, from Queens University Belfast and has an active interest in research. She has publications in high impact journals and has spoken at various national and international meetings on her areas of interest.